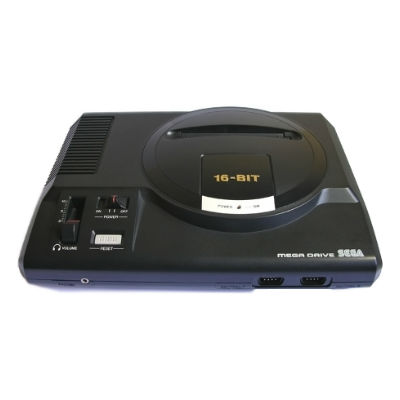 The Sega Mega Drive is one of the cheapest retro consoles to get into, due to its widespread availability in this country. You’ll often find them at Car Boot Sales and on Ebay from between £5 and £15 for a basic setup. I’d personally recommend buying a Mega Drive 1 rather than a Mega Drive 2, as the aerial lead and Power Supply are much easier to replace should there be a problem. Also, the Mega Drive 1 has a headphone socket and can also use the same Scart lead used on a Neo Geo AES machine.

Avoid the Sega Menacer (Light Gun) as there were only a few gun games released for the Mega Drive and this one is too bulky to be practical. The Konami Justifier light gun, although not wireless like the Menacer, is a much better choice if you simply must have a gun for your Mega Drive.